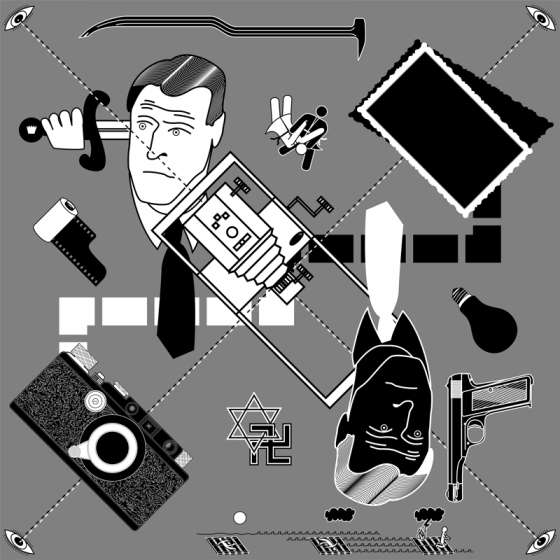 The Darkroom of Damocles

The Darkroom of Damocles is a famous novel by the Dutch writer Willem Frederik Hermans. At the beginning of the Second World War the protagonist Henri Osewoudt meets his ‘negative’ twin Dorbeck. Dorbeck enables Osewoudt to play an important role in the dutch resistance. But this position comes at a price. 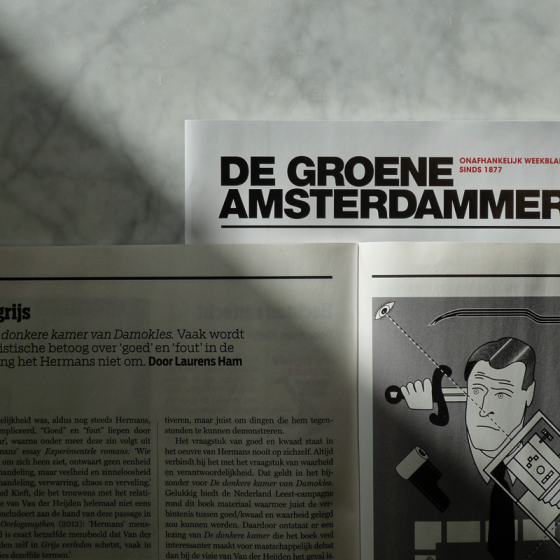 Inversion is a recurring theme in the book, as is photography. Analoge photography itself is a sequence of inversions. The story of the sword of Damocles (classical Greek culture) is combined with image of a darkroom for developing photos. A photograph is supposed to bring answers, objectively, but eventually does not do so.

Another important theme is a somewhat distorted Oedipus myth. Osewoudt’s mother kills his father with a crowbar. Judo gives Osewoudt swollen feet, the literal meaning of Oedipus. Oedipus stabbed his own eyes out. Similarly Osewoudt is blind to other perspectives of the world around him.

Finally the image shows the famous first sentences of the book: a story told to Osewoudt. A man on a raft is starving from thirst, hating the seawater surrounding him. The man still goes to his knees when he needs the water after his raft is on fire when it has been struck by lightning.